After watching The Apprentice for the last several weeks, it has really made me question a few things in business.

To start with the contestants are supposedly ‘Top of the Game’ Entrepreneurs. Their CV’s are most probably overstated, egotistical and I could imagine some make for amusing reading. The things that I pick up on during the tasks are the initial phases once the task has been assigned and then the blame game.

The fight for PM

So there is always a power struggle for the PM position, there are always the same people wanting to be PM and then there are others that just sit all limp in the corner and go pale at the thought of taking an responsibility. The so called ‘Elite’ always end up shouting over each other, about how great they are etc… when in fact they miss the point time and time again when appointing the PM. The PM shouldn’t be the contestant who thinks they would do the best job, as the limp wilted leaf who has just slumped into their chair at the fear of being PM could be far more qualified and experienced, but isn’t as vocal and forward as the others. I would say everyone should get the opportunity to speak and clarify their area of expertise associated to the task, then as a team make a joint and educated decision, rather than one contestant just shouting over the others that they are the best. It all comes back to team work and a mutual respect for each other.

Now the PM has their power, they can dish out subsequent power to a Sub Team Leader, again there doesn’t seem to be any logic to this process and is typically associated to alliances between contestants. The Sub Team Leader then demands respect from the their team as they feel they have just gained significant power over them, as if it was a nice gift from the PM. Again the Sub Team Leader typically falls into the leadership trap, do as I say, not as I do. No! Lead by example and take control and lead conversations and negotiations, however, responsibility for that is typically palmed off and the Sub Team Leader generally is looking out for themselves and their own safety in the competition.

For supposedly ‘Top of the Game’ Entrepreneurs, how can they get it wrong week after week. In business you never approach projects so ad-hoc, I understand they have a very short timescale, but it is so chaotic, in the end the teams always have a unclear plan of action, an unclear sales strategy or an unclear list of responsibilities. This brings me back to preparation, the PM should take 15-30 minutes with the team to plan everything before they actively go out start the task. Assign the best people to the right team and give them responsibilities, hold them accountable for those responsibilities.

As it is a game show there are naturally people who are showing off to the camera and other clearly intimated by the whole process. Its a simple case of sit down, shut up, listen and respect each others opinions and get the best out of the team. Constant motivation and encouragement should be given by the PM and Sub Team Leader, but typically time and time again it is the louder contestants who get their way.

When it goes wrong, it normally goes wrong big time. However you never actually see the PM or the Sub Team Leader performing or undertaking any form of risk assessment before jumping into decisions. They might do off camera, but we are never shown this, they like to typically feed off of others, so they have an excuse when it goes wrong.

Do the contestants actively put themselves on the line in making a decision? Not often, however if it goes wrong but they can show that you performed a risk analysis/assessment and show how they came to their educated and informed decision, then I am sure they wont be hammered so hard by Lord Sugar. At the end of the day the PM should hold their hands up and accept responsibility for the failure of a task, it’s their project, their team, their task to win, they didn’t win so accept responsibility.

However, this never happens, for the PM its always someone else’s fault as they are trying to save themselves and would willing throw someone else under the bus.

The best advice I can give is watch the show, see how they approach the task, assign responsibilities, conduct risk analysis, motivate and encourage the team. Then discarded everything they do and do the complete opposite, as that’s what happens in business. 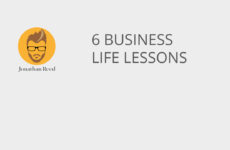 My Role as General Manager 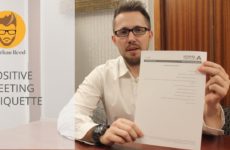 I love to share what I like, what I know and where I've been. Currently achieving in life due to having a clear vision, a goal and lots of determination.

Read More About Me

What I am currently reading

The Rules of Management
Richard Templar 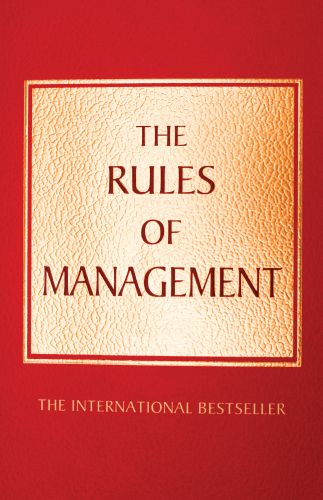 See what other books I have read and would recommend >> Books